Jonny Mowat took on a 3-month internship at Glasgow-based Design and Direction Studio O Street in November 2017. Since then he has been promoted to a full-time, permanent member of staff and contributed to some incredible design projects.

We sat in on a special broadcast between 'The 2 Jonnys', to hear about the journey. 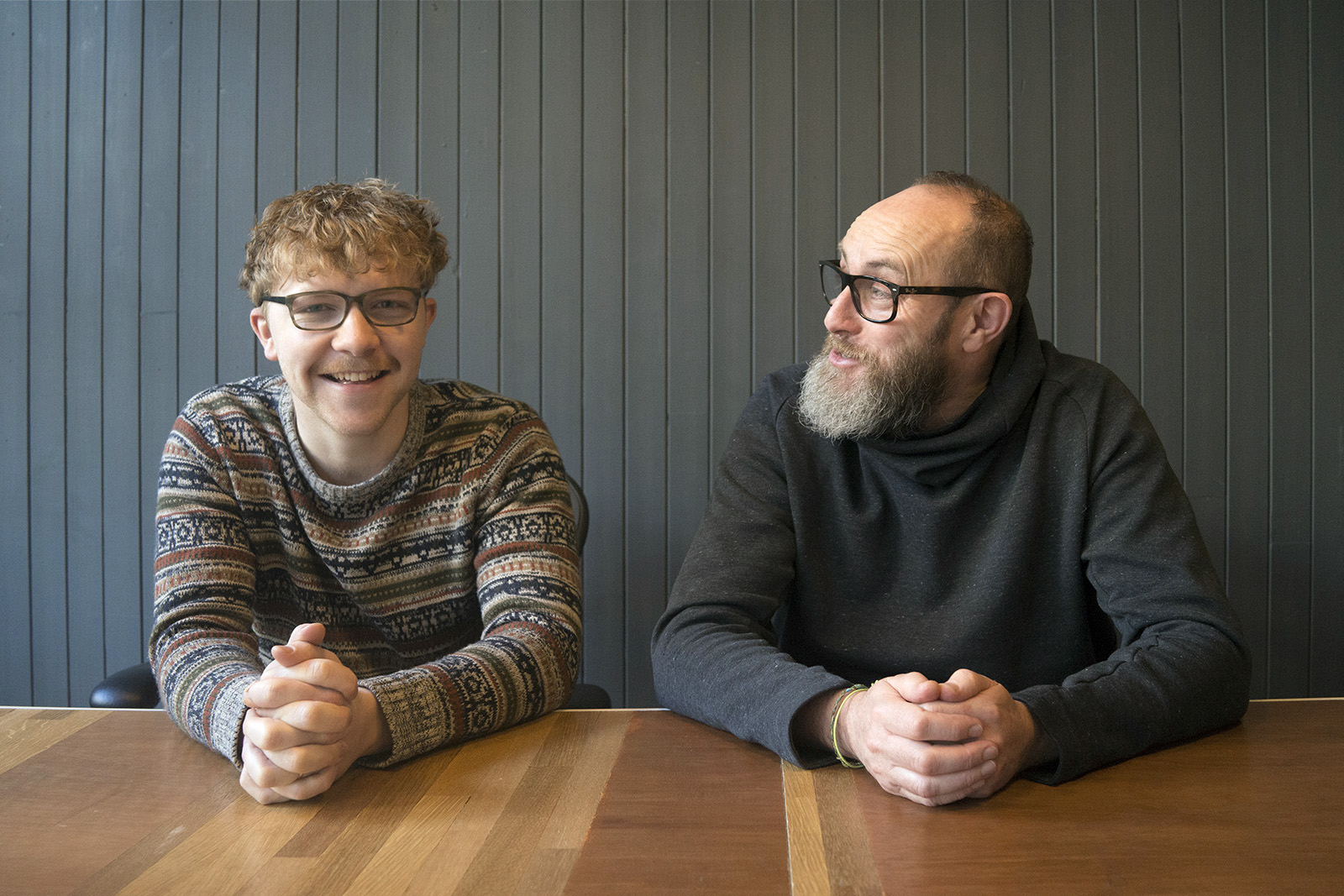 Jonny N: Hello again, it’s nice to be with you, isn’t it Jonny?

Jonny J: Yes, it is, and in a packed programme tonight, we shall be talking to two graphic designers and asking ‘do your fonts really come from Monaco and Geneva?’

Jonny N: And ‘can the use of bad kerning ever be justified?’ So Jonny, you first came to see us almost a year ago, and I said to you ‘I really like the cut of your jib and I’d like to bring you into work on a project with us.’

Jonny J: That’s right Jonny, but you were a bit rushed off your feet with one thing and another and because money is always tight in a small agency, you were unable to organise anything with me.

Jonny N: Indeed… and I also have a memory like a sieve.

Jonny J: So you must’ve been pleasantly surprised when the nice man from ‘Adopt An Intern’ got in touch to say that they would fund somebody for six weeks, giving you the chance to run the rule over them with a possible view to a full-time position?

Jonny N: I was delighted, Jonny, to say the very least. The signup and acceptance process was really straightforward and in the time it took to say ‘can’t you just turn him the other way round in Photoshop?’, we had everything done and dusted and you were in the studio, working on the old iMac next to the toilet!

Jonny N: Did you think it might lead to a full-time job or were you put off by the amount of foul language you heard in the studio.

Jonny J: No, I kinda hoped there would be an opening if I knuckled down and produced the goods, plus I wore earplugs most of the time, so the swearing wasn’t really an issue.

Jonny N: Ah, I couldn’t fathom why my constant requests for you to put the kettle on were met with complete inaction.

Jonny J: Oh yeah, I did wonder what it was you were saying to me!

Jonny N: Anyway, here we are… It’s all worked out jolly well, hasn’t it?

Jonny N: And you are now a much-valued member of the family. I don’t suppose there’s any chance of a cup of tea then?

Jonny N: Well that’s all we have time for this week. Next week we’ll talk to a typographer who suffered an Arial attack and can’t ‘face’ it anymore.

Jonny J: And we’ve just been told the police are desperately seeking an art director who steals the end of design blog posts. He is described as tall and balding with a very big…

Jonny N: That’s all we’ve got time for this evening, so it’s goodnight from me…

Jonny J: And it’s goodnight from him.

Thanks, of course to The Two Ronnies and thanks to Tim Street at AAI. Below is some of the work that Jonny has produced with O Street in the last couple of years.